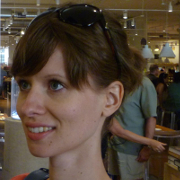 I am currently a Ph.D. student in Clinical Psychology at University of Montreal. I previously earned a Master of Science degree in Psychiatry at McGill University. Part of my work pertains to the interactive effect of maternal history of early adversity and child genotype in prediction of child temperament. My main interests encompass child temperament and both external and internal factors that affect its development as well as how it can lead to early signs of psychopathology. more
Email: andree-anne.bouvette-turcot@mail.mcgill.ca 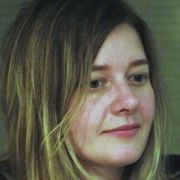 I completed my B.Sc. degree in Biology and Psychology at McGill University before completing my Ph.D. in the Meaney lab at the Douglas Mental Health University Institute where I currently continue as a Research Associate. During my Ph.D., I studied how ternal care by rat dams during the first week of life influences the neuroimmune response of the offspring to a bacterial mimetic challenge in adulthood. I found that maternal care behavior can program the febrile response of the offspring and that such effects persist into in adulthood. more
Email: carineiparent@gmail.com 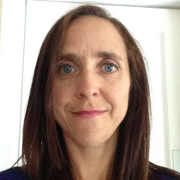 I completed a Ph.D. in Neuroscience at Université de Montréal with a specialisation in sleep. I became a post-doctoral fellow, in the Meaney laboratory and I studied the effect of prenatal stress on the sleep-wake cycle in rat offsprings. Since 2003, I served as the coordinator of the Maternal Adversity, Vulnerability and Neurodevelopment Project (MAVAN). As part of the MAVAN, I lead the sleep research domain with an emphasis on the meditational role of sleep on the risk for psychopathology.
Email: helene.gaudreau@douglas.mcgill.ca 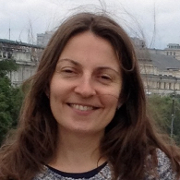 I am a biostatistician at the Ludmer Centre for Neuroinformatics and Mental Health. My academic background lays in the fields of biostatistics and applied mathematics. My current focus is on statistical analysis of longitudinal and cross-sectional data, and also on consulting and collaborating with researchers on the various aspects of the data analysis. I am working on different topics related to child’s development and how it is associated with environmental conditions.
Email: irina.pokhvisneva@douglas.mcgill.ca 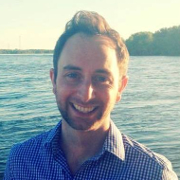 I obtained my B.Sc. in Psychology (University of Westminster, London), M.Sc. in Neuroscience (Institute of Psychiatry, Kings College London) and Ph.D. in Clinical Medicine (Imperial College London) in Great Britain. I am currently a CIFAR (Child and Brain Development)/NeuroDevNet postdoctoral fellow in the Meaney lab. During my Ph.D. (with Vivette Glover at Imperial College London) I studied the long-term effects of maternal prenatal anxiety/depression on child development and characterised potential mediating mechanisms in the human placenta. more
Email: kieran.odonnell@mail.mcgill.ca 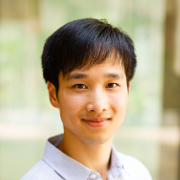 I completed a B.Sc. in Psychology at the University of British Columbia in 2011 and worked there as a research assistant from 2008 to 2012. Afterwards, I received a post-baccalaureate research fellowship to work in the Department of Linguistics at the University of Maryland. I am presently a Ph.D. student co-supervised by Dr. Michael Meaney and Dr. Sherif Karama in the Integrated Program in Neuroscience at McGill University. more
Email: lawrence.m.chen@mail.mcgill.ca 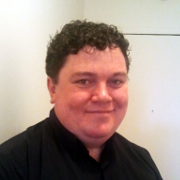 After receiving a Bsc and Ph.D. in Physics from The University of Western Australia, I conducted a variety of bioinfomatics and systems biology research projects at UWA, McGill and Concordia Universities, on topics as diverse as structural genomics, genome evolution, protein interaction networks, next-generation sequencing analysis and metatranscriptomics. I joined the Ludmer Centre to integrate the wealth of genomic and epigenetic data being generated by its projects. more
Email: nicholas.otoole@douglas.mcgill.ca 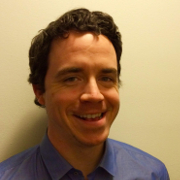 I completed my B.Sc in psychology, specializing in behavioural neurobiology, at Concordia’s CSBN. I obtained my M.Sc. in neuroscience at McGill performing morphological, electrophysiological and molecular analyses of the prefrontal cortex in a putative animal model of schizophrenia. I am currently a research coordinator in Dr. Meaney’s lab and am interested in the neurobiological correlates underlying natural variation in maternal care, how this variation influences offspring neural development, and how … more
Email: richard.ryan@douglas.mcgill.ca 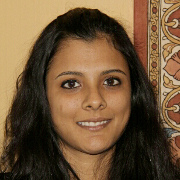 I completed my PhD at the Nanyang Technological University in Singapore. My work focussed on the bizzare phenomenon that is Toxoplasma gondii infection induced suicidal attraction (towards cats) in male rats. Are these infected males actually smelling a mate when exposed to cat odor and hence the misplaced attraction? Towards answering this I focused on the functional and epigenetic status of vasopressin neurons (that play a role in reproduction) in the medial amygdala. more
Email: shantalaharidass@gmail.com 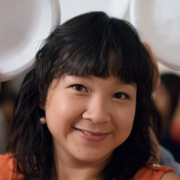 Thao Nguyen completed her B.Sc in Biochemistry and her M.Sc in Bioinformatics at McGill University. She started working with the Meaney lab in 2010 as a Research Assistant/Bioinformatician. She is currently working on various projects that mainly focus on using bioinformatic and statistical methods to analyze data generated by next-generation sequencing and high-throughput screening. Her most recent project with Dr. Tieyuan Zhang explored the link between (hydroxy)methylation modifications and gene expression to explain how social experiences in early life can influence … more
Email: thi.thu.thao.nguyen@mail.mcgill.ca 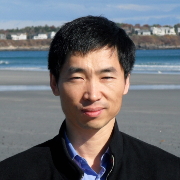 I got my PhD in the Dept. of Pharmacology, Yonsei University, Seoul, Rep. of Korea in 2001. I am using multidisciplinary approach to the issue of how social experience in early life influencing the development of neural systems that mediate the vulnerability for psychopathology through epigenetic modifications. This includes examining DNA methylation, DNA hydroxymethylation as well as chromatin structure by using quantitative real time PCR, bisulfite mapping, Chromatin Immunoprecipitation, Medip-chip, RNA-sequencing, Bisulfite-sequencing, … more
Email: tieyuan.zhang@douglas.mcgill.ca 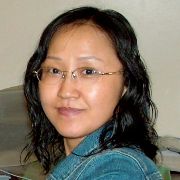 I received my doctorate of dentistry in 1991. I received my doctorate of medicine (M.D.) at Yanbian University Medical College China in 1996. I worked at the department of electromicroscopy after graduation for six years. I have been a research assistant in Dr. Michael Meaney’s laboratory at the Douglas Mental Health University Institute since 2004. I worked in both Dr. Cecilia Flores and Dr. Michael Meaney’s labs for two years between 2005 and 2007 as a research assistant. more
Email: xianglan.wen@douglas.mcgill.ca